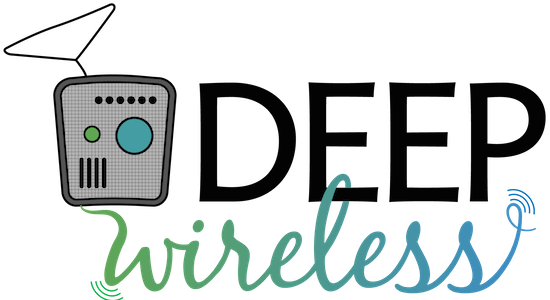 NAISA is proud to announce the 20th anniversary edition of the Deep Wireless Festival of Radio & Transmission Art both online and at the NAISA North Media Arts Centre in South River. Featured this year is Story Trees by Don Hill, an installation on exhibit both online and at the NAISA North Media Arts Centre. Also included will be more online events, including the annual Art’s Birthday celebrations on January 17th, an audio presentation by Janet Rogers on February 6th, and a NAISA 20th Anniversary celebration on March 12th with James Bailey, Anna Friz and more.
“We are proud to be celebrating NAISA’s 20th anniversary with the launch of the 20th edition of NAISA’s Deep Wireless Festival of Radio and Transmission Art which will initiate an extended celebration lasting over the course of a full year of programming.  The creative connection between listener and broadcast will be underscored throughout Deep Wireless with a complement of voices from the past and present — from direct creative participation to listeners mixing stories via their changing facial expressions — as well as from within Northern Ontario and from around the world.   As in the past, the Deep Wireless festival is an invitation to make radio creative and compelling.” – Darren Copeland, Artistic Director, New Adventures in Sound Art.
No upcoming events programmed yet. Please check later for updates.

NAISA invites you to celebrate the 1,000,0057th birthday of Art by making your own recorded interpretation of a new sound art text score by Anne-F Jacques. The score can be realized using a recording device (including a mobile phone) and a media sharing location (YouTube or Soundcloud account). There will be an online workshop by NAISA Artistic Director Darren Copeland on January 6 and 13 at 7 pm EST to provide some guidance. Send a link of your realization by email to outreach at naisa dot ca by January 15 by 11:59 pm. Then join in at 7 pm EST on January 17, for a listening party to experience the realizations, including a version performed by Anne-F Jacques.

Program:
I. Piece for objects found in the street by Anne-F Jacques
These instructions suggest a way to perform and record an audio piece using found objects. You will need a recording device (digital recorder, phone, etc) and headphones. The completed piece can either be an audio or video file of 5 minutes maximum, and uploaded to a media sharing location (YouTube or Soundcloud). Share the link to your realization by email to outreach at naisa dot ca. You can also decide to keep it as a private experiment.

1. Go for a walk. Look around for abandoned or unclaimed objects. You may consider getting yourself a coffee. Bring back:
- a disposable coffee cup
- a dense heavy object
- a long, thin object
- another object of any shape or characteristic that interests you

2. Place the cardboard coffee cup over the microphone(s) of your recorder or phone, covering it/them if possible. You may use one of your hands to keep the cup in place, or find another way of securing it. Start recording.

4. Remove the cup, replace it with the plastic lid secured over the mic. Insert the long thin object in the drinking hole of the lid and slide it in and out.

5. Remove the lid. Open the closest window. Do something with the last object (or do nothing with it).

7. Edit as necessary, and if you wish, share as instructed in the introduction.

Origin stories and cosmology stories are important and generational hereditary tales which root us, as Indigenous people, in our identity reaching far beyond any land based migration legends and most certainly lives outside any notion of a land bridge. We know where we come from, and we know to where we will return.

In this online presentation, Janet Rogers will be on hand to present and discuss three of her recent poetic audio works. Presentation will take place over Whereby. Admission fee is optional, but advance registration is required.

Program:
I. Stereo Ribbons by Janet Rogers
Stereo Ribbons was inspired by the announcement that NASA had released a new batch of (space) sounds for public consumption. Reading in their descriptions that some of the sounds were described/labeled as stereo ribbons, I thought this was a lovely title and produced a beautiful visual to think of this sound ribbons floating through space - in their own time, taking their own shapes and traveling or not traveling to whatever destination pleased them.
II. tsi tkaronhya ke by Janet Rogers
tsi takaronhya ke - in the sky - is a sound narrative featuring digital compositions by Haida/Cree musician Kristi Lane Sinclair and Inuit DJ Geronimo Inutiq (formerly known as madeskimo) featuring Sylvia Cloutier produced by Mohawk sound and radio artist Janet Rogers. This sound journey expresses challenges within change and transitional phases. Within Indigenous spiritual teachings and origin stories the sky and or space is where human spirit joins the physical realms and where our spirits also return. Transition almost always includes elements of chaos and confusion before understanding and acceptance is achieved. tsi tkaronhya ke is the sound journey of spiritual transitioning.
III. Sky Woman Falling by Janet Rogers
Two original poems revisiting the Haudenosaunee Creation Story, Sky Woman, with self-produced sounds and original music by Liv Wade.

An online radio art performance marking the 20th Anniversary of New Adventures in Sound Art and the Deep Wireless Festival of Radio and Transmission Art. Featured are new radio art works by Anna Friz and James Bailey and radio art works from 2005 and 2011 respectively by Chris Brookes and Victoria Fenner. In between these works there will be reflections and discussions with the artists and others capturing highlights of NAISA’s history.

Program:
I. What is to be done with all that remains? by Anna Friz
Solo performance for voice, radiophonic instruments, cottage-built electronics, and various boxes with their stuff.
II. Hava NAiSAnniversary by James Bailey
A new work by Toronto radio artist and experimental improvisor.
III. After Exile by Victoria Fenner
A piece for CBC Radio based on the poem "After Exile" by the late southwestern Ontario poet Raymond Knister (1899-1932). A conversation on a train returning to a small hometown village. Life, loss, memory. Poem by Raymond Knister, concept by Victoria Fenner, produced by Steve Wadhams for CBC's Living Out Loud. The role of Raymond Knister is played by Edward St. Moritz (Edward Moll).
IV. Writing on Water by Chris Brookes
Read this paragraph. You are navigating through the words by using the rules of grammar. Fine. Now forget grammatical coordinates. We'll try to construct a sound-language by using geographical coordinates instead. That word on the tip of your tongue? Perhaps it's hiding behind the sofa.

Writing on Water was performed by the Deep Wireless Ensemble, a multi-disciplinary collaboration of artists curated by NAISA with stage direction by Mark Cassidy. The performers in 2005 were Chris Brookes, Evalyn Parry, Anna Friz and Eric Leonardson. The video documentation is by Stefan Rose and edited by David Arthur.